Dear Shareholders, Partners, and Colleagues,
2016 was announced the Year of the Passenger at RZD Holding, and became a milestone in further development of the entire rail passenger infrastructure. A significant share of activities implemented across the Holding was within FPC’s area of responsibility. All planned projects were successfully implemented. As a result, passengers gave a positive evaluation of our efforts: in 2016, FPC managed to reverse the downward trend in passenger turnover, and achieved a 4 per cent growth.
Petr Ivanov 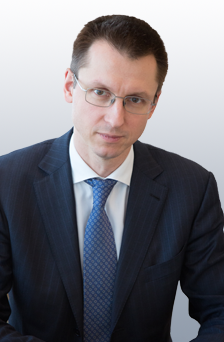 In 2016, the Company’s activities were primarily focused on developing its customer-oriented approach, particularly with a focus on people people with reduced mobility, as well as enhancing passenger satisfaction, increasing affordability, and improving government relations.

We strove to hear every passenger’s voice, and to this end the efficiency of our feedback mechanism was improved by introducing open meetings at railway stations, the General Director’s virtual reception, and online questionnaires for travel feedback. Prompt, high-quality feedback has played an important role in driving significant improvements in service quality throughout the customer journey, beginning with the travel planning stage.

In the Year of the Passenger, long-distance trains became more affordable. A 50% discount for children aged from 10 to 17 travelling in third-class sitting and sleeping carriages during the summer period was introduced for the first time. As a result, over 2.5 million children travelled at reduced fares, up 16% year-on-year. Flexible pricing was introduced in December 2016 – almost 100% of routes were covered by the dynamic pricing system in the deregulated segment. Special initiatives within the RZD Bonus loyalty programme were also developed and implemented, aimed at students and pensioners.

In the reporting year, the advance booking period for domestic services was extended from 45 to 60 days. E-ticket sales services were further developed, and a number of trains became much faster, primarily on routes to Russian resorts.

The Company allocated over 90% of its investments in a major effort to replace and upgrade the rolling stock. In 2016, new carriages were included in the rolling stock of high-class trains, and more routes were made available for double-decker trains. Those are the ones with children’s playrooms, fully equipped to entertain young passengers with educational games, soft toys, colouring books, and cartoons from Soyuzmultfilm’s gold collection.

Improvements were also made on offers covering international routes. The Strizh train, manufactured by Patentes Talgo S.L., has been operating between Moscow and Berlin since 17 December. Its carriages are equipped with a variable gauge system, unique on the Russian market, which automatically adjusts axle gauges for efficient conversion between Russian and European tracks. This innovative technology has enabled a considerable reduction in travel time, and has undoubtedly ensured a more comfortable travel experience for all passengers, including those with special needs, as there are more compartments for people with limited mobility.

In 2016, we expanded the list of on-board passenger services and added new service offerings. Specifically, passengers can now use a bank card to pay for all products offered aboard FPC trains, and shower units are now available for use on a number of trains. More trains have been equipped with Wi-Fi internet access, and over 1.6 thousand carriages have been fitted with additional power outlets to charge mobile devices. Experimental trials of motorcycle transportation have been introduced on passenger trains which contain car carriers. In spring 2017, motorcycle transportation is planned for launch as a permanent service, and the list of routes with this service is to be expanded.

It also stands to mention that the Company’s trains have become venues for major nation-wide social and educational projects. Scientific and educational project the Road of Discoveries was launched in cooperation with the Russian Geographical Society to mark the 100th anniversary of the Trans-Siberian Railway and the 50th anniversary of the Rossiya train, which operates on the Moscow – Vladivostok route. We supported a national Russian project on protection of the Amur tiger – a campaign train has been running across the country since September. As part of the Year of the Russian Cinema, 12 double-decker trains received a themed design, and Russian cinema masterpieces were played aboard trains.

Summing up the Company’s performance in 2016, I can say with certainty that the Year of the Passenger has become a year of fundamental change and transformation. However, these accomplishments should not make us complacent. And so our progress does not stop here – our objective is to further enhance passenger comfort and service quality, and to expand our product portfolio. From now on, FPC will make every year the Year of the Passenger.