Company history The terms “Company” and “FPC” are used interchangeably in this Report.

FPC gained the actual status of a national rail long-distance carrier: The Company was included in the Register of Natural Monopolies eligible for subsidies from the federal budget.

FPC was awarded with the Company of the Year 2012 National Award by RosBusinessConsulting (RBC) information agency.

FPC was assigned the status of observer at the OSJD, which entitles it to represent the Company at the meetings of the OSJD working bodies, thus strengthening the Company’s position in the international transport services market.

Credit rating was assigned to FPC by the leading rating agencies.

FPC Annual Report was awarded in the Best Presentation of a Business Model for Non-Public Companies category at the Annual Report Competition by the Moscow Exchange.

Award at the national loyalty marketing competition Loyalty Awards Russia 2015 in the Best Loyalty Programme by a Transportation Company category.

Double-decker train from Moscow to Voronezh was entered in the Russian Book of Records as the “year-round regular long-distance train with the largest number of passenger seats” – 1,320 seats.

FPC Annual Report was awarded for the second time in the Best Presentation of a Business Model for Non-Public Companies category at the Annual Report Competition by the Moscow Exchange.

The Year of the Passenger Programme was successfully implemented: in 2016, FPC managed to stop the declining passenger turnover rates for the first time in five years and achieve a 4% growth.

Restructuring of long-distance passenger infrastructure under Stage III of the Railway Restructuring Programme was completed.

Regulatory and legal framework for revenue shortfall calculation was finalised.

The Plan to Develop and Implement a Mechanism for Long-Term Subsidising of Long-Distance Rail Passenger Transportation was approved by instruction of Russian Deputy Prime Minister Arkady Dvorkovich.

Fares for travel in third-class sitting and sleeping carriages were reduced following the resolution of the Federal Tariff Service (FTS of Russia).

In accordance with the Russian Government’s Resolutions No. 1223 dated 19 November 2014 and No. 1044 dated 11 October 2014, FPC was entitled to receive subsidies covering part of interest expenses under loans granted to purchase rolling stock (double-decker carriages), and to benefit from the Programme to Support Investment Projects in Russia on the basis of project financing.

The Russian Government resolved to reduce the VAT rate applicable to long-distance rail passenger services to 10% between 1 January 2016 and 31 December 2017.

The Russian Government resolved to reduce the VAT rate applicable to long-distance rail passenger services to 0% between 2017 and 2030.

The Federal Antimonopoly Service (FAS) of Russia resolved to reduce infrastructure tariffs for higher-speed trains travelling at 91 to 140 km/h. 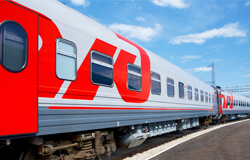 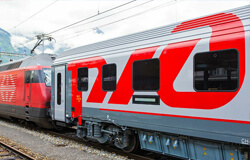 RZD’s website was adjusted to enable the sale of e-tickets for FPC’s trains via mobile devices. 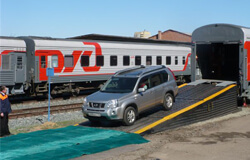 Ticket sales on credit were launched.

Implementation of the technology for including trains in the general turnaround schedule was expanded.

A logistics company engaged in unaccompanied baggage and mail transportation – FPC-Logistics – was launched.

Car carriers were put into service. 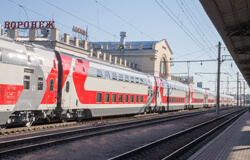 Double-decker train was launched on the Moscow – Adler route. 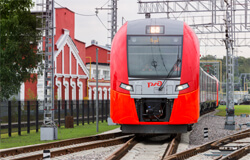 FPC fully adopted the technology for transporting baggage in a dedicated compartment. 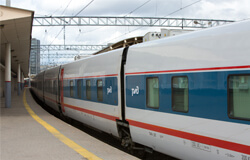 Strizh high-speed train made up of Talgo carriages was launched on the Moscow – Nizhny Novgorod route.

Double-decker train made up of carriages with open-plan seating was launched between Moscow and Voronezh.

Sales of e-tickets for multimodal routes were launched. 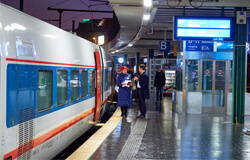 New international Strizh train set off on its first passenger journey from Moscow to Berlin with travel time of 20 hours, i.e. shorter by 4.5 hours.

Booking dates for domestic trains were increased to 60 days.

Trains to resort destinations were accelerated.

Passengers were offered to use non-cash payment for goods on board of all FPC’s trains for the first time.

On-board Shower service was made available in 266 trains.