The goal of the Affordability project is to increase the passenger numbers carried by FPC by reducing transportation costs to costeffective levels, leading to lower prices for passengers.

Review of the existing rates will enable the Company: to achieve annual savings of RUB 3.2 billion increase revenues by 22.1 % increase the numberof passengers carried by 24.6 %

The development of a pricing cap mechanism for long-distance trains will be continued in 2017.

The effort is aimed to provide the infrastructure owner with the authority to offer to carriers discounts off infrastructure services in passenger transportation. Discounts are subject to increased passenger volumes through higher traffic on a specific route during a particular period (year, quarter).

1 A rate cap on infrastructure services means that the provider of infrastructure services (JSC RZD) may reduce (below the tariff established by the Russian Federal Antimonopoly Service, FAS of Russia) the infrastructure access tariff for passenger trains on particular routes without consent of the FAS Russia. The purpose of this is to provide more trains in the timetable by selling tickets at lower prices.

The purpose of the Network project is to generate target demand and satisfy it effectively through optimising train routes and schedules, the Company’s product portfolio2, and improving the consumer experience of transport services.

The Company continues to develop the multimodal transportation segment that combines railway and bus services. The Company introduced eight multimodal routes combining train and bus services to increase passenger traffic and improve passenger experience. In 2016, over 75 thousand passengers benefited from multimodal transportation services provided by FPC, which is 1.5 times higher than in 2015.To increase train speeds, the Company has developed the Programme to Increase an Average Speed of Long-Distance Passenger Trains4.

The Programme covers the period from 2017 to 2022 and will be implemented in three stages:

Double-decker trains, which have proven their cost efficiency, will be another major contributor to the expansion of the Company’s product portfolio.

Double-decker trains run on six routes and enjoy increasing popularity among passengers. In 2016, double-decker trains carried 2.8 million passengers, which is twice as many as in the previous year. The Comprehensive Long-Term Programme to Introduce Double-Decker Passenger Carriages on RZD’s Network5 aims to improve the operational performance of long-distance passenger rolling stock in the context of the infrastructure throughput capacity shortage and lower state subsidies.

Between 2017 and 2020, more than 20 routes for higher-speed double-decker trains will be launched under the Programme, with prices lower than in single-decker compartment carriages, boosting the passenger traffic by 2.6 million people.

An important factor for the successful implementation of the Programme is the Russian Government’s decision to reduce VAT rates for long-distance services to zero, allowing FPC to allocate additional funds to purchasing new passenger carriages to develop its route network.

2 In the context of the Network project, a product means a set of consumer properties provided by the Company to customers on a paid basis. A product is based on tangible components (carriage, route, train, meals, services, etc.); however, the main aspects are its value for the customer and the consistency of the customer experience and perception of using each product. An illustrative example: a future product called Luxury Single would be sold to customers for various routes to travel by single or double-decker carriage with a composting toilet, in a private compartment with free Wi-Fi access, air conditioning unit, hot meals, fresh newspapers and magazines, and slippers, at an average speed of not less than 90 km/h. The product portfolio means the entire range of a company’s products.
3 Daytime trains with high average speeds put on routes where launching trains without reducing infrastructure costs would not be profitable. RZD may not reduce the rates without introducing a pricing cap mechanism, as the rates are set by the FAS of Russia.
4 Approved by RZD Order No. 2028r dated 30 September 2016.
5 Approved by RZD Order No. 2822r dated 30 December 2016.

The purpose of the Fleet project is to improve utilisation of the rolling stock by reducing carriage non-productive time. The Fleet project will reduce the need for additional carriages.

The key steps within the Fleet project are:

RUB 1.5 billion financial effect of the Fleet project in 2016 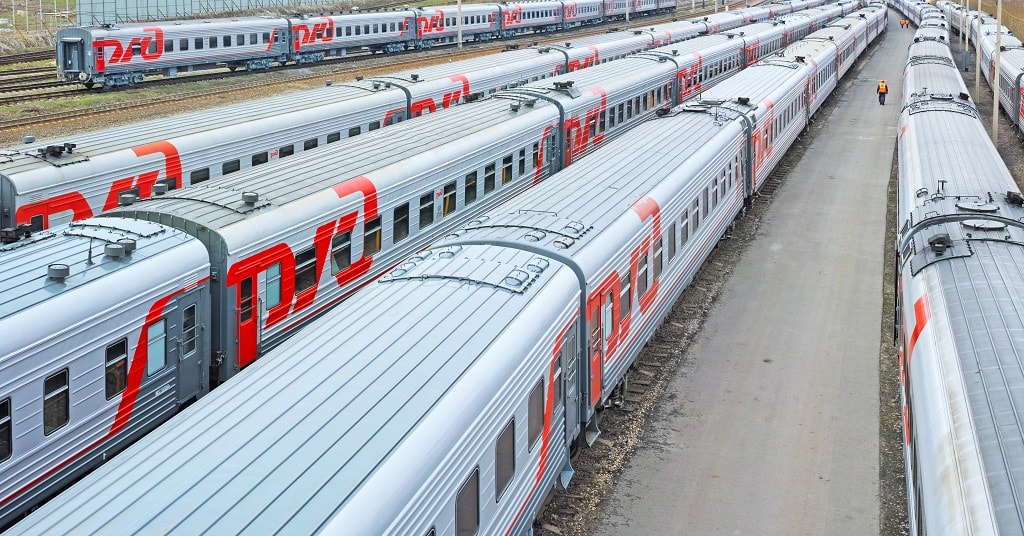 The Repairs project is aimed at reducing carriage maintenance and repair costs through:

In 2016, measures undertaken as part of the project included:

10 % targeted reduction of maintenance and repair costs in 2017

Based on the estimated project performance at the pilot facilities, decision will be made to upscale the project to FPC’s entire network.

The Crew project is aimed at enhancing the customer focus of train crews, improving passenger experience, and increasing the labour productivity and wages of attendants by introducing new technologies. In 2016, as part of the brand new ideology, Attendant for the Passenger, Not for the Carriage, the Company implemented in two waves a pilot project to introduce progressive service standards on FPC’s trains, assigning cleaning positions to train crews and excluding cleaning and garbage disposal responsibilities not directly related to passenger service from the attendants’ job scope. The pilot project was implemented at 13 FPC branches. The experiment covered 13 trains, which made a total of over 70 journeys.

Based on the results of the test journeys, the decision was made to proceed with further phased roll-out of the new service approach to 53 train sets of 20 trains operated by FPC, between April and September, starting in 2017.

The Company is aware that the overall satisfaction of its employees contributes to the positive financial result through their attitude towards their colleagues and customers.