Message from the Chairman of the Board of Directors

Dear Shareholders and Colleagues,
In 2016, which was declared the Year of the Passenger, FPC’s activities were carried out according to the RZD Holding's Common Action Plan on improvement of passenger services. An extensive range of projects and new approaches to the Company’s workflow organisation drove stronger financial performance – according to the year-end results, the Company‘s profit reached RUB 5.3 billion.
Sergey Maltsev 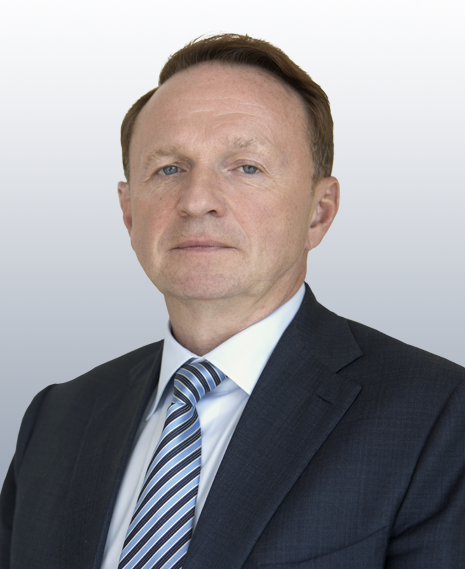 The bulk of investments were allocated to rolling stock, amounting to >90 %

Modern rolling stock is a key component of a high-quality service. In 2016, FPC allocated over 90% of its investments to increasing carriage purchases, and the continued replacement and upgrading of its passenger rolling stock. The remaining funds under the Investment Programme were invested in depot upgrades, innovation and information initiatives, as well as implementation of the Integrated Programme to Ensure Public Safety on Transport.

A total of 294 new passenger carriages were purchased in 2016 under the Investment Programme, including double-decker and conventional carriages to replace the rolling stock of high class trains, as well as innovative carriages by Patentes Talgo S.L., which are equipped with an automatic variable gauge wheelset system.

It should be emphasised that the Russian Government’s resolution to reduce the VAT rate to 10% in 2016 allowed FPC to expand its Investment Programme, thereby purchasing more carriages from domestic manufacturers. As of 2017, the VAT rate will see a further reduction to 0%, applicable to long-distance rail passenger services. The reduction will provide the Company additional opportunities to continue its carriage fleet renewal.

A strong marketing strategy has enabled us to develop attractive offers both in the regulated and deregulated segments for various passenger categories. We offered a discounted fare for children aged from 10 to 17 during the summer period and launched marketing promotions in third-class sitting and sleeping carriages.

Within the Russian Railways Bonus loyalty programme, benefits for students and corporate customers were further developed, discounts were introduced for pensioner members, and Allegro trains passengers were included into the programme. In 2017, new co-branding initiatives with select banking institutions are to be launched, and additional privileges for passengers implemented. The Company plans to increase the number of members within the RZD Bonus Programme to 3 million.

In 2016, the Company made significant progress in improving its corporate governance practice. The target framework of key performance indicators at FPC was approved, and the risk management and internal control system was further developed. The results of these efforts have been praised by independent experts: in 2016, RAEX (Expert RA) rating agency affirmed the Company’s 2015 rating at A+ .gq, Very High Level of Management Quality.

Environmental protection and energy efficiency are among the Company’s highest priorities. The Company regularly conducts various activities to mitigate the negative impact on the environment, and upgrades its rolling stock and engineering facilities. In 2016, FPC’s standard Environmental Protection Management System was developed. All the positive changes implemented during the Year of the Passenger will certainly be further developed within new projects in 2017. At the core of each project, FPC will pursue its mission to improve quality of life by making travel safe, reliable, and comfortable.